How to Create New Feature Announcements That Work 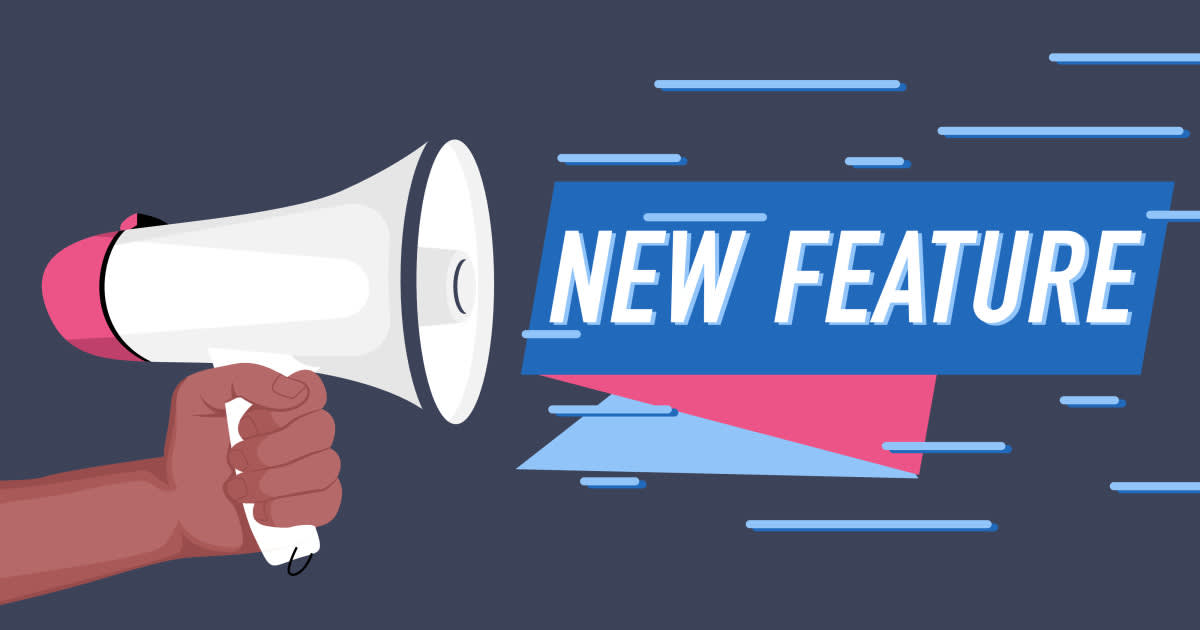 ​​How to Create New Feature Announcements That Work

Picture this scenario — your dev team has been working hard for months building a highly-requested, long-awaited feature you know your user base will love. The time has come to ship the release. Do you have a plan to notify your customers of product changes?

Whether it's a whole new version or just a minor update, new features and updates are what keep customers engaged with the product. Communicating new feature announcements effectively and clearly will build trust and loyalty between you and your users. Customers want to stay informed and discern how the changes will affect their user experience.

However, building in-app product announcements in-house can be costly, time-consuming, and challenging to maintain. Plus, your dev team probably has a backlog that deserves more attention. Let's dive into how to nail new feature announcements to keep users engaged (without requiring dev time).

Why are new feature announcements important?

Making announcements about new features are essential for SaaS product growth for a few reasons:

Start by setting a clear, actionable goal of what you want to achieve with the announcement. Goals could include:

Goals make announcements more effective by aligning the product team and setting an anchor point to measure the performance of the feature launch. They also ensure the team makes decisions that have a clear focus.

For example, if you want to announce a highly requested feature that has finally shipped, it could be effective to announce it on a mixture of channels. Promoting the product on social media distinguishes it from its competitors and attracts potential users, while making announcements in-app and through email informs existing users.

Your goal will determine the channel used for your new feature announcement. In-app announcements are the most common and most effective type. Still, other channels such as emails, social media, blog articles, press releases, etc., should also be considered depending on the goal of the feature.

SaaS companies leverage in-product announcements to excite and engage their users. According to research, 84% of customers believe the experiences provided by a company are as important to them as its services or products. Those who use in-product announcements see a massive four-fold increase in app retention and around a 30% increase in app launches.

In-product announcements can bring attention to the feature at the right moment when users are engaging with the product. The user is already logged in, so they're more likely to be ready to try out a new feature. Email announcements, on the other hand, run a higher risk of getting lost in your user's cluttered inboxes. While emails may be a solid component of your announcement strategy, we recommend using in-product announcements in addition to email to get your point across.

Personalization is critical when making in-product announcements, and personalized messages are 29% more likely to be read than generic ones. Tailoring product announcements to reach the user at the right time with targeted messaging will spark a user's interest.

Creating a personalized messaging strategy for product announcement is easy with Lou's segmentation feature. The process looks like this:

Re-engage with inactive and churned users

New feature announcements are also great for getting churned users to reactivate their subscription to the product. Creating churn surveys will allow your team to gather feedback on why users leave the product. From the survey, you can build a repository of users who churned because you lacked a particular feature, so you can reach out to them when it's finally implemented. Just be sure to get permission to alert them of new features in the survey.

There's an art to designing new feature announcements. Communicate in a way that will excite your users, and be sure to include only the most pertinent information not to overwhelm them. In-app feature announcements should contain compelling messaging, be visually appealing, and have a clear call to action.

The necessary factors in building a great product announcement include:

This new feature announcement is notifying users of a faster way to export data with a simple click. This is an effective announcement as it notifies users of the feature and directs them to try it out. 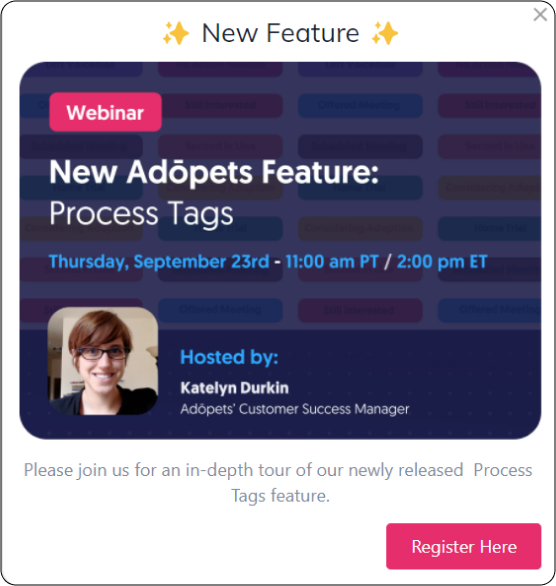 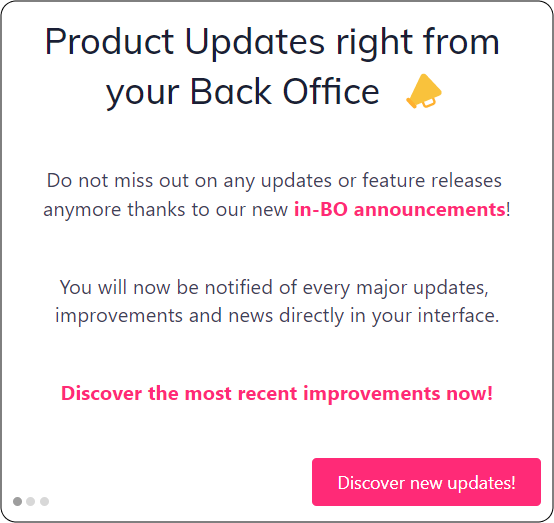 This final in-product feature announcement by Sparted lets users know how they will be notified of platform updates and feature releases. This use case is effective because it educates users about how to stay up to date on product releases, and it also encourages users to learn about the latest updates by clicking the "Discover new updates!" button. Once clicked, it will start a product tour that guides users through the latest updates.