Discover five actionable ways to help drive the adoption of new features and encourage your users to stick around for the long haul. 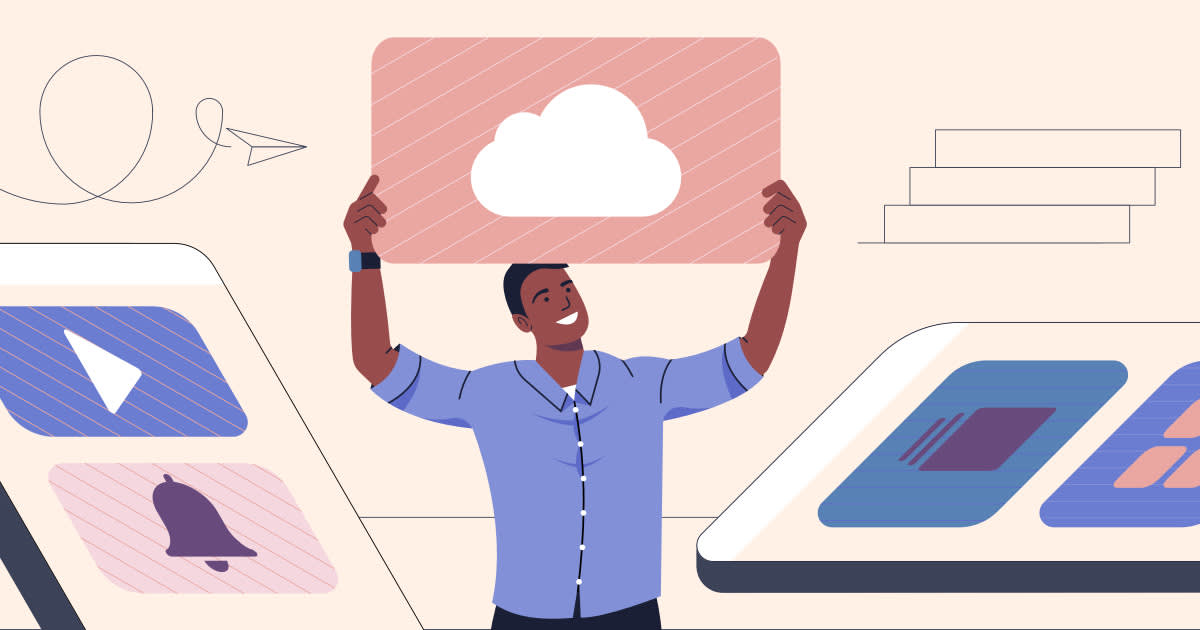 Your team has invested weeks or months into building an incredible new feature. You launch the new feature, send out an email announcing its release, and.... crickets. You know that your user base will find the new feature valuable once they try it out, but you're struggling to get people to use it.

If this situation sounds familiar, it could mean it’s time to step up your feature adoption game. Improving feature adoption positively impacts user retention, and consequently, your revenue.

Read on to find out how to increase feature adoption with a few key strategies:

What is feature adoption, and why is it important?

Feature adoption is the process of users becoming aware of a product’s feature, understanding its value, and starting to use it. A higher feature adoption rate will increase your user retention rate, decrease churn, and attract new users to your product.

Keeping track of feature adoption rates is crucial for user retention. You want users to stick around past the first login, which hinges on how much value they find in your product and how engaged they are. The more features people use, the more value they’ll get. The fewer features they use, the less value they’ll see in your product. When users feel like they aren’t getting their money’s worth from a product, they’re more likely to churn. To retain users, you need to track how each of your new features performs.

In the SaaS world, where subscription-based services are popular, capturing feature adoption rates is especially important. Every time a user receives a monthly subscription bill, those users consider whether your product is still beneficial. This payment model puts pressure on product owners to regularly display how their product adds value and meets users’ needs.

Tracking feature adoption also encourages you to hone in on each feature you ship. When you discover which features users adopt, you can identify what makes those features sticky and use that data to optimize other features. Given the substantial impact that feature adoption rates can have on user engagement and your revenue, improving adoption should be a top priority.

Here are five ways to improve feature adoption rates to get your users to fall in love with your product:

In-product announcements are an effective way to bring attention to a new feature at the right time when users are engaging with your product. The user is already logged in, so they're more likely to be ready to try out a new feature.

When creating a feature announcement, you should communicate in a way that will quickly educate customers on new features without being intrusive to their user experience. 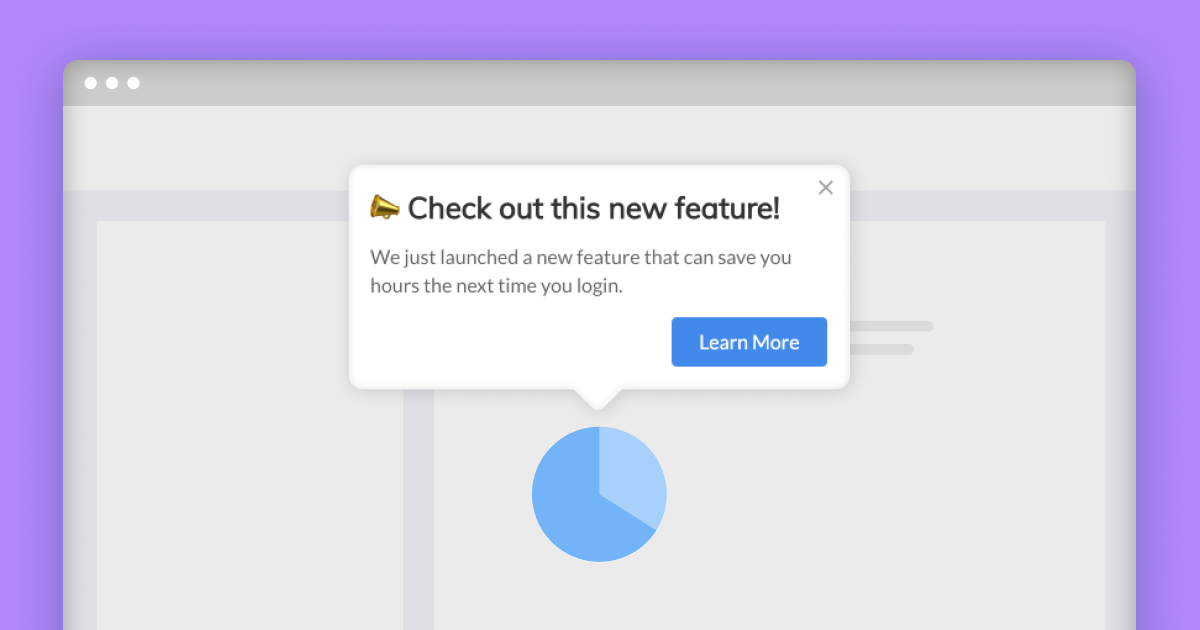 Set the announcement to appear at the right moment

Communicating with existing users should occur within the product when they're actively engaging with it. This is where you have their undivided attention, and you can show them how and why to try the new feature within their current workflow.

Support the in-app experience with email

You can pair the in-app product announcement with an email to get the attention of users who haven’t recently logged in and haven’t seen the announcement. Essential information about the feature should appear within the first few lines of the email. The average click-through rate on emails is seven percent, so ensure your message clearly states what value the user will gain from trying the new feature.

Crystallize your feature announcement email strategy by including a link that takes users directly to the new feature. You could try streamlining this process by implementing a Lou link, which gives your users the ability to start a product tour from a link. The user clicks the link embedded in the email, and it automatically directs them to your app and starts the new feature announcement or product tour. 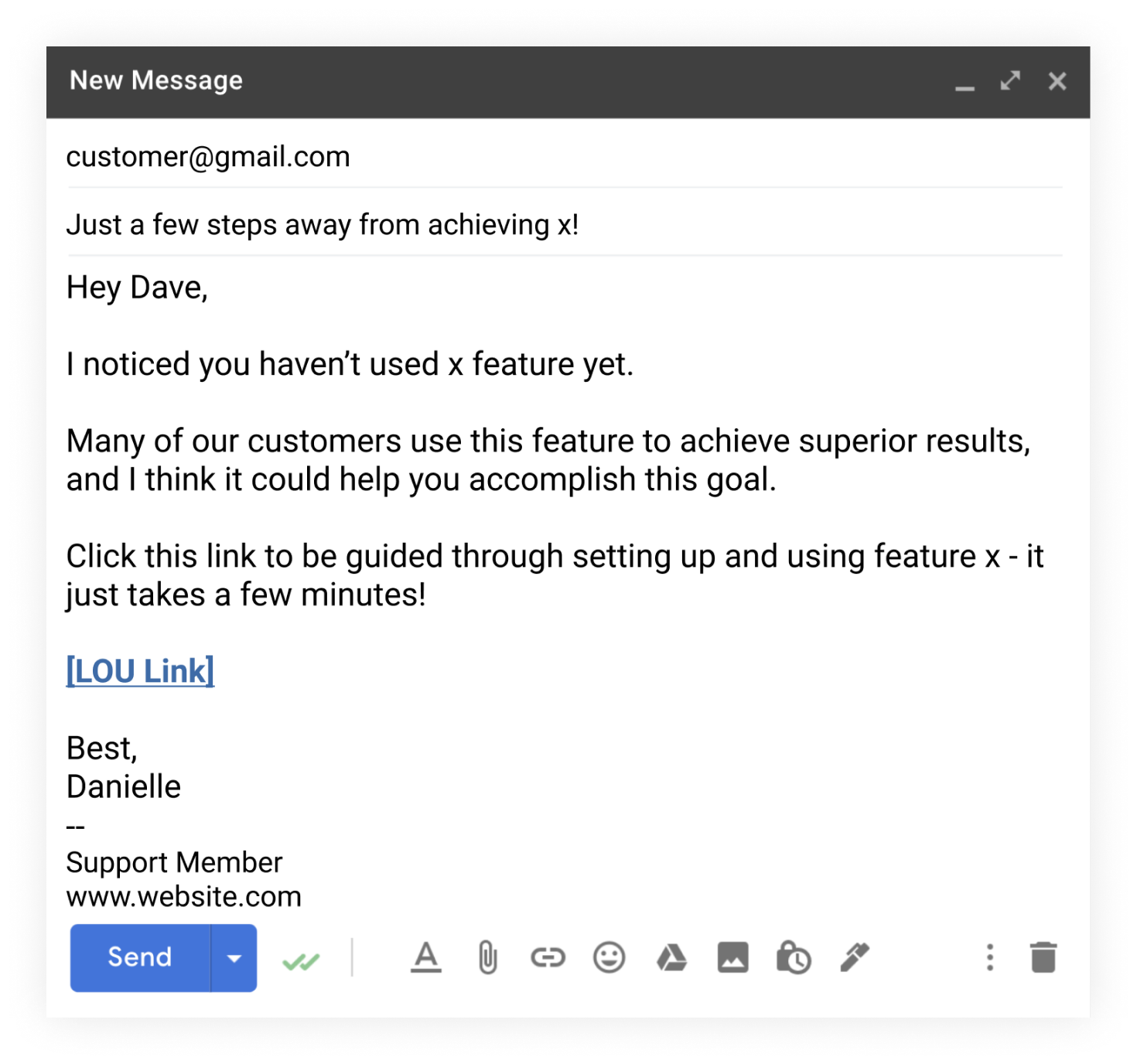 Analyze feature adoption rates and iterate on your process

Despite your best efforts, you'll likely see some of your features don't get used as much as you'd hope. Some features might get lost before reaching users, or you might be targeting the wrong audience. 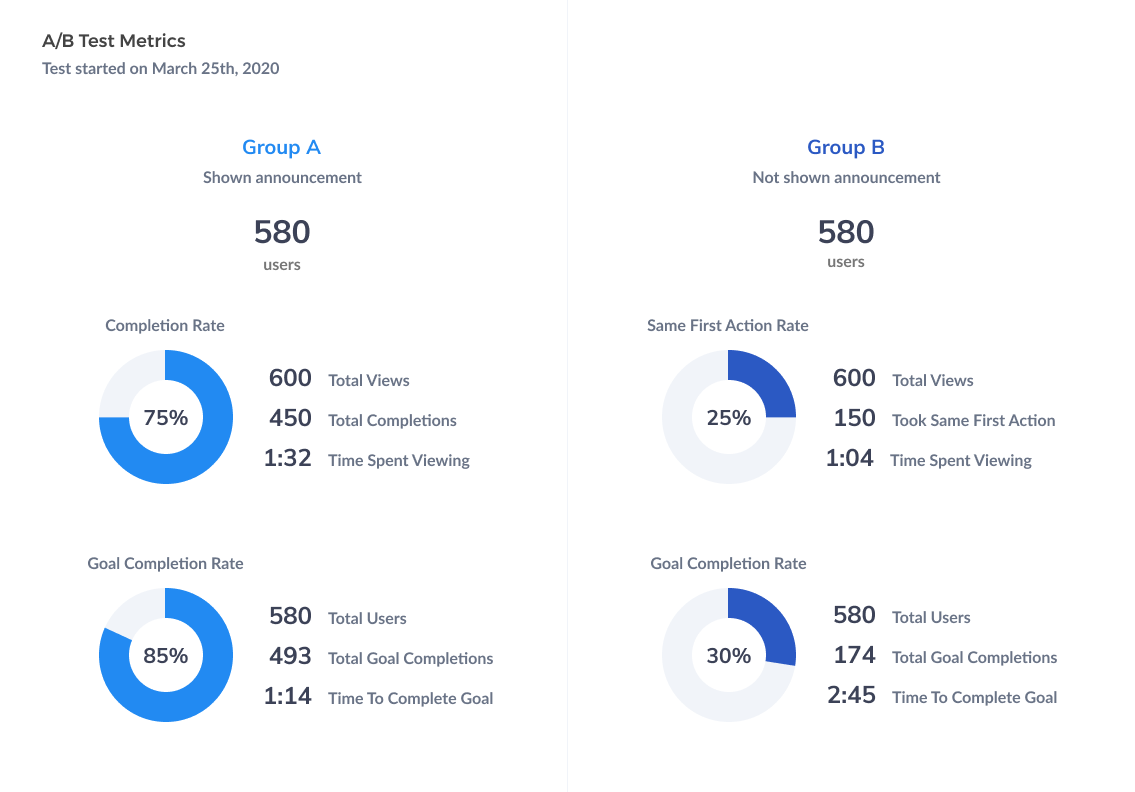