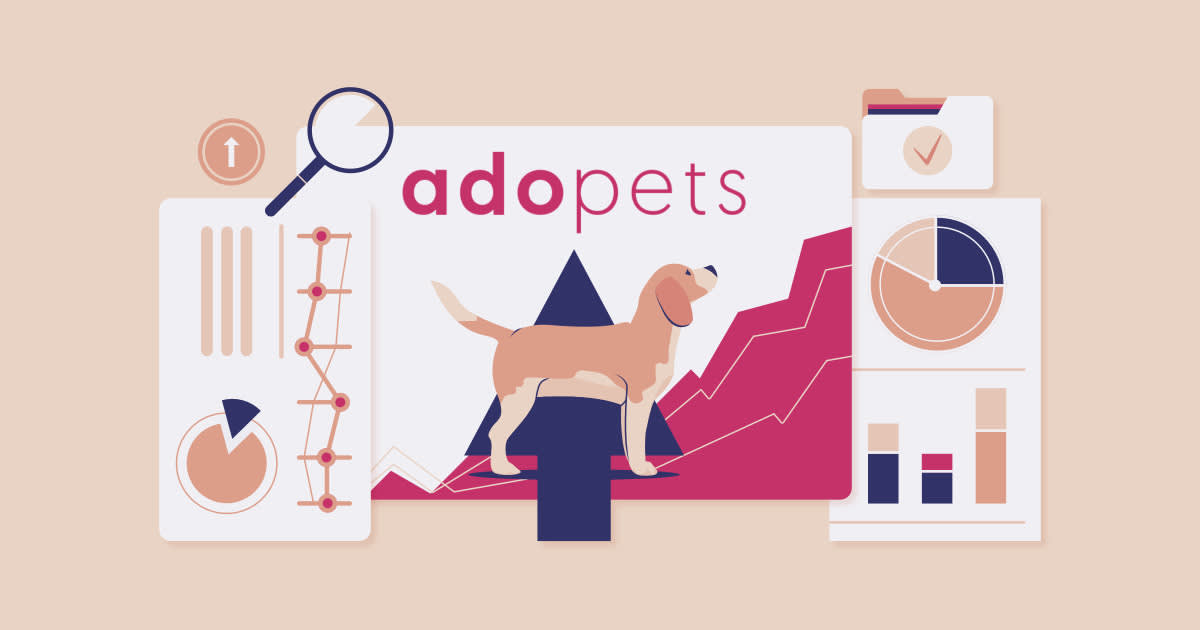 "Lou helps us ensure that customers are always aware as new changes get added to the system," Lucas Alencar, the Director of Customer Experience at Adopets, said. "We feel more connected to our user base than ever."

Artur Sousa, the CEO of Adopets, was frustrated with the antiquated paper-based pet adoption process as an adopter. So he created a cloud-based platform that provides a user-friendly solution while also making the jobs of shelter employees more manageable and streamlined.

Today, the Adopets platform has over 40,000 registered users and maintains over 300,000 adoption listings while leading the charge in automating pet adoption.

Since the Adopets platform is advancing quickly and they are constantly bringing on new shelters, it was tough to effectively communicate every update that was occurring within the product in a timely manner. Many times, product updates would only affect a portion of their users so sending targeted emails and product announcements proved challenging and time consuming as well.

Adopets’ biggest challenge was all about timely communication. Even though the team was sending out regular emails to inform users of various changes in the platform, they didn’t feel like their messages were truly sticking or getting relayed at the right moment. The Adopets team also found that some users were surprised by the changes because they had logged back into the platform before receiving or reading the emails. Upon discovering that, the team set out to find a solution that would help them clearly and proactively communicate product updates. It was then they came across Lou.

The team at Adopets found implementing Lou into their system quick and seamless. Once fully set up, Lou made it much easier to communicate product updates and feature announcements. Adopets users are no longer surprised by product updates because users now proactively receive product update announcements to make them aware of the changes and product tours to train them on how to use the new features.

"Lou helps us ensure that customers are always aware as new changes get added to the system," Lucas Alencar, the Director of Customer Experience at Adopets, said. "We feel more connected to our user base than ever."

Adopets users are happy with the new way of communicating platform changes as well. In the most recent Lou tour that Adopets released to announce and educate users about a new feature, 92% of users who took the tour said that it was helpful. 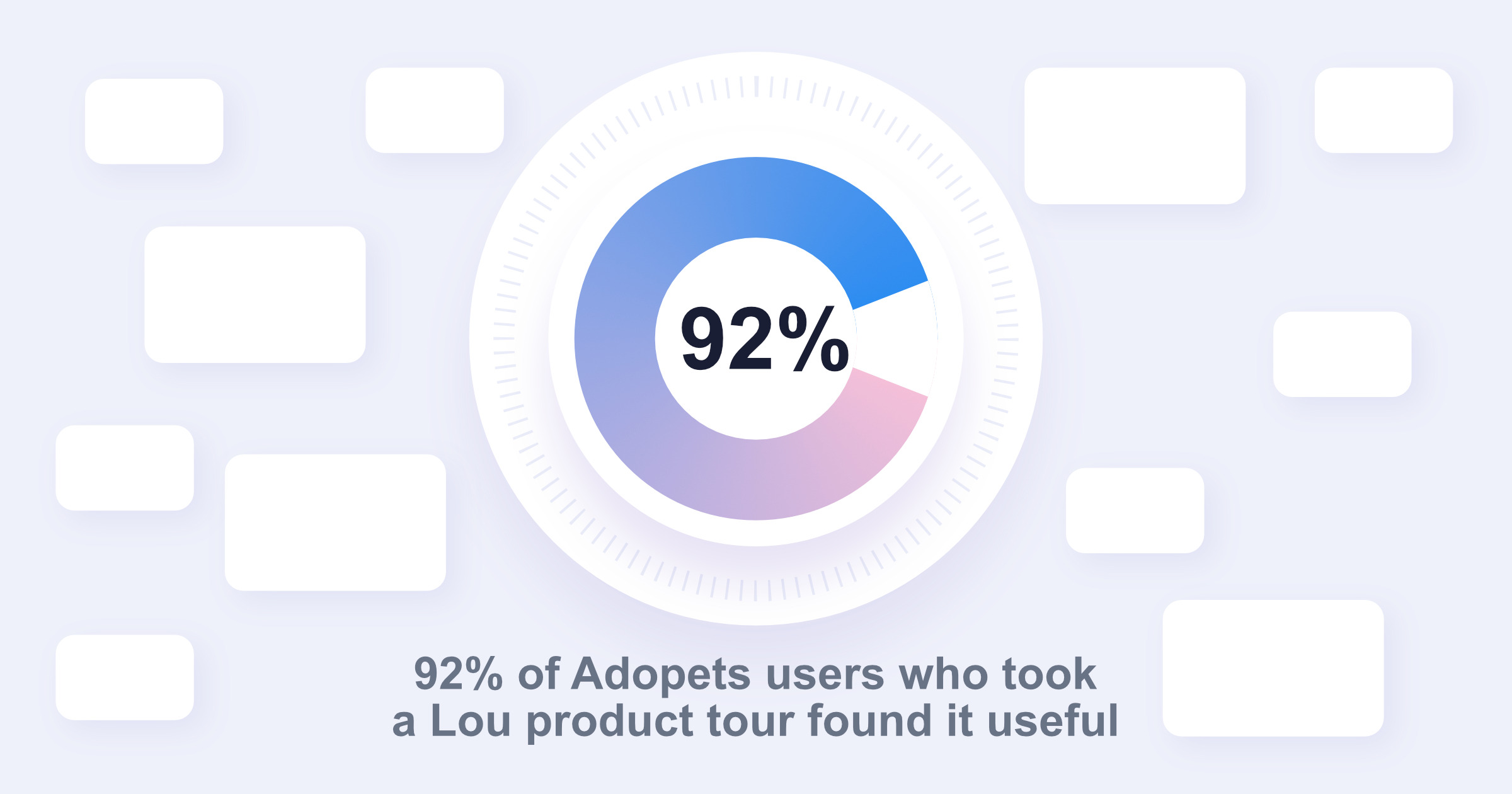 The Adopets team found Lou especially beneficial because they could simplify the product announcement design process when ideating their communication workflow. Lou allows them to streamline the design and customization of the announcements and include clear calls-to-action for each feature release instead of spending more time creating a dedicated email for each change. Lou also allows the team to display announcements solely to the segments of users that it’s relevant to, such as only to shelter staff, or only to pet adopters.

"Lou makes it easy to educate and stay in touch with customers more frequently, so we can communicate smaller updates regularly," Alencar said. "We no longer have to worry about creating complex emails with deep layers of information as we prepare for future releases."

Now, 3 months into having Lou live on the Adopets platform, the team has stopped receiving complaints about product update miscommunications, which had been a pain point for them in the past.

"The major pain point that led us to implement Lou was the customer complaints we received about inefficient communication regarding new features and product updates," said Alencar. "Now, those inquiries have gone away completely."

The team at Adopets has received positive feedback about communication from customers, and they plan to keep using Lou to announce to and educate users about new features and updates.

Moving forward with Lou, they’re excited to create a knowledge base of tours to make trainings and new feature announcements available at any time.

"We’re excited to build a library of updates, release notes, tours, and other materials so shelter workers around the world can learn when they want and at their own pace," said Alencar. "Lou will power the process to simplify the access of information as product releases and new shelters go live in other countries."